On Villains (and more art) 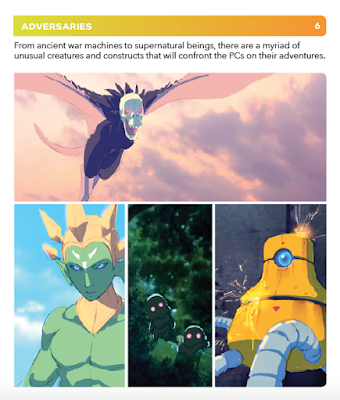 Monsters and baddies are some of my favorite things to come up with when writing for BREAK!! or anything, really. Thinking about how they confront the players or affect the setting itself is always fun to dream up, even if detailing it can get finicky or tedious at times. I just finished an Unshaped themed around insects and even though it's hard to know what that means outside the context of the rules, trust me when I say that I tried very hard to make it interesting and fun.

That said, I always end up thinking a lot about the assumed adversaries that seem to come hand in hand with adventure themed role-playing. For a lot of reasons I dislike when players can see a particular creature and just assume they can attack it without thought or guilt, so with the exception with a few true monsters, living spells, or what have you I do my best to avoid it.

Last entry I mentioned Adversaries and Allies, but I think really, in BREAK!! almost anything written in can be used as either, depending on the circumstances. 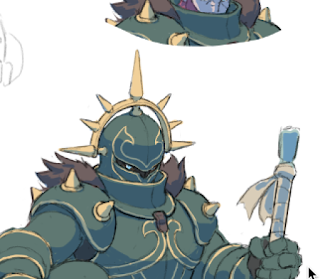 If an entity shows up in a BREAK!! book and isn't meant to be an easy to use archetype or single example of a much larger population or creature, expect it to have some kind of silly, sappy or maudlin nonsense on the why's and how's of its existence in the Outer World, and a way for them to end up on either side of the player's activities. Heck, it often shows up in those former examples as well!

Excluding that Unshaped I just wrote. He's just kind of a jerk.