Just finished up a little extra bit for the setting on the philosophies and such floating around BREAK!!'s setting, and I thought this part would be fun to share: basically it's an in-game explanation between the discrepancy in abilities between "normal" folk and the main players in a campaign.

A stark truth of Outer World is that certain individuals can do things that others just can’t. Seasoned casters will spend their whole life studying at Magia’s university to master a few spells, while some cocky hedgewizard will have just as many under their belt with a fraction of the practice. Veterans of multiple wars will watch in awe as a youthful waif leaps along rooftops and displays master level swordplay to topple a flying beast, and so forth.

Both light and dark mana flow through all things, but it lingers longer and empowers certain individuals more than others. This leads to heightened physical ability, rapid personal growth and supernatural talent with magic and other skills. While these facts are easy to see, a question remains: why does this imbalance exist?

Early assumptions were attributed it to spiritual enlightenment or being chosen by fate, but ancient studies and modern observation have proven that mana attunement is not connected by these factors. In fact, there seems to be little or no consistency between those gifted few. Mana is as alive as any of us, after all, and is just as subject to whim and capriciousness as the folk are.

Posted by NaldoDrinan at 16:38 No comments: 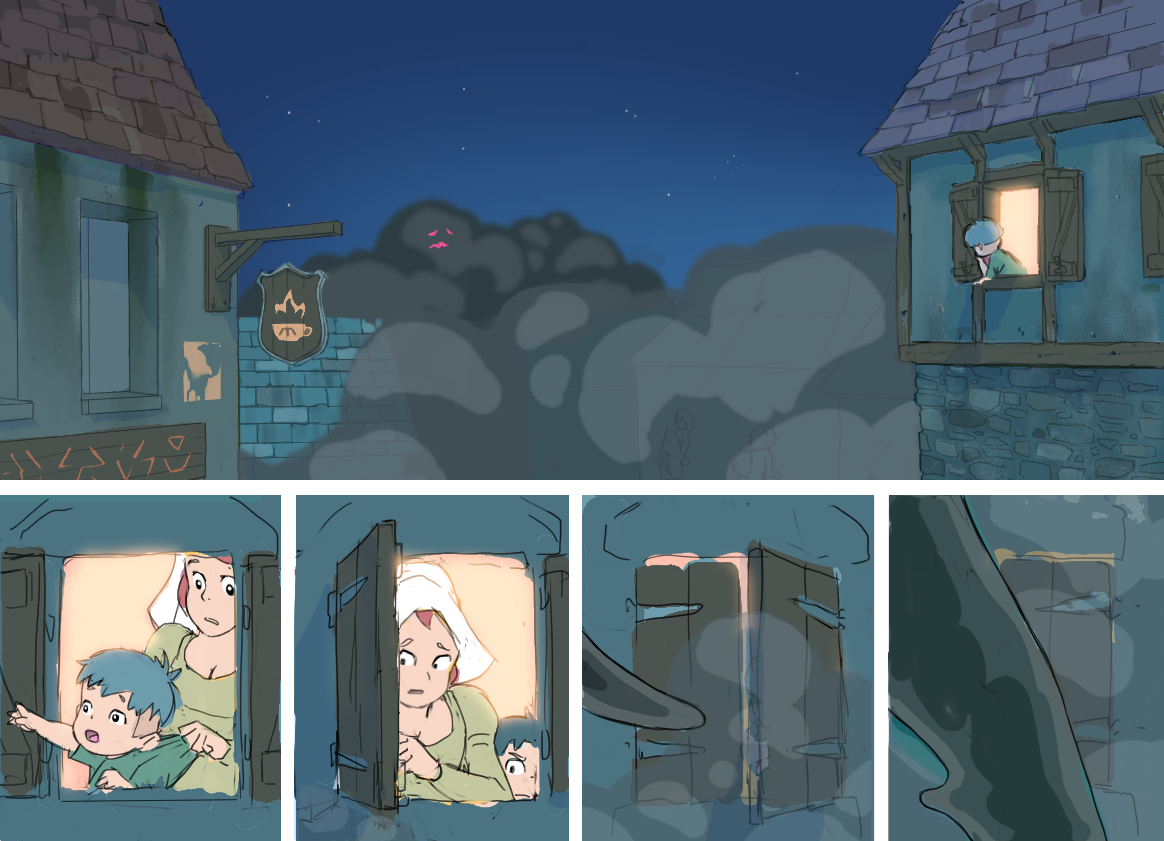 Here are the other ones
Posted by Grey Wizard at 09:59 1 comment:

Been messing with fantasy scripts so I can pepper the book's locations and artifacts with internally consistent(ish) runes, glyphs and text.

High Akenian: This language of a Ruined Empire is now only used for deciphering ancient tomes and runes. It’s flowery prose is beloved by linguists.

***
Bright Speech (left): The chosen tongue of the Devas and servants of the Light. A powerful, bombastic language that makes every sentence a decree.

Dark Tongue (right): Spoken by the Asura, the dead and the curious. It’s seductive whispering makes even the most horrible suggestions sound tempting.

Design notes: Based on structural formula, needs a touch of shahmukhi!

Dream Call (right): Perhaps the first language, perhaps not. Haunting and poetic it’s used exclusively by the strange and Unshaped.

***
Hoshi-Ban: This odd, speedy chatter was brought to Outer World by the Rai-Neko, from a Place Beyond the Sky.

***
Fade Song: This melodious tongue  is famous for its onerous syntax which transforms the simplest sentence into a wondrous tale.

***
Under Warble: Under Warble is constantly evolving tongue with many dialects spoken in the Buried Kingdoms.

***
Creator’s Script: This written language of odd glyphs is found only in documents left behind by The Creator. An ancient enchantment prevents it from being spoken aloud.

Design notes: May or may not find a use for these...