Beacon is a small settlement featured in the core book. It's located in the Shadow Lands (an area of permanent night) on the site of an old Akenian keep. What do these dilapidated structures look like? and what did they use to look like before the cataclysm? Having fun (wasting time!) thinking about the lost civilizations of Outer World. Their language, ruins, magic items persist in the game world.

Then (3rd Aeon) - The Akenian structure as it was in its glittering hey day. 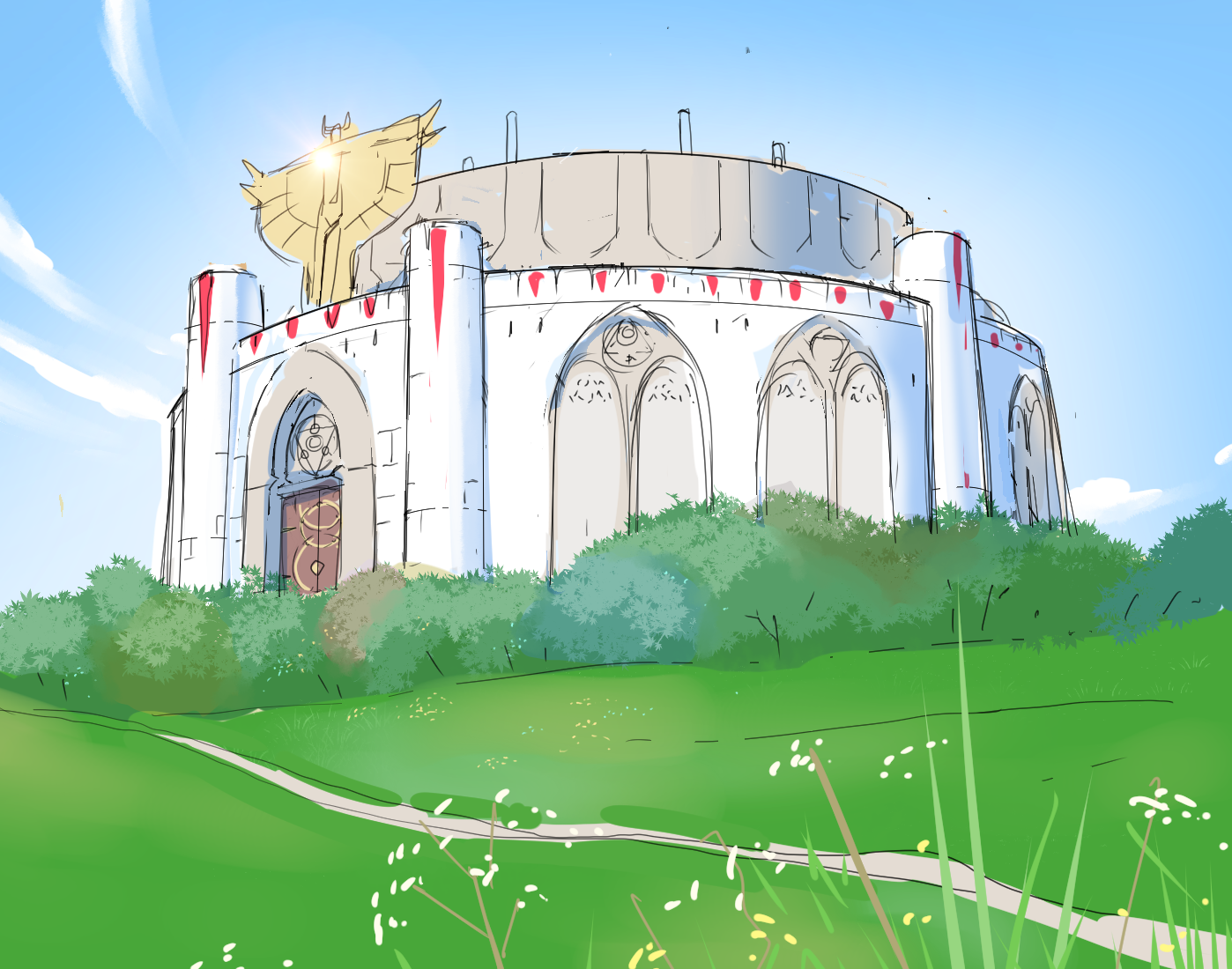 Now  (4th Aeon) - Village of Beacon, a small haven in the unforgiving dark. 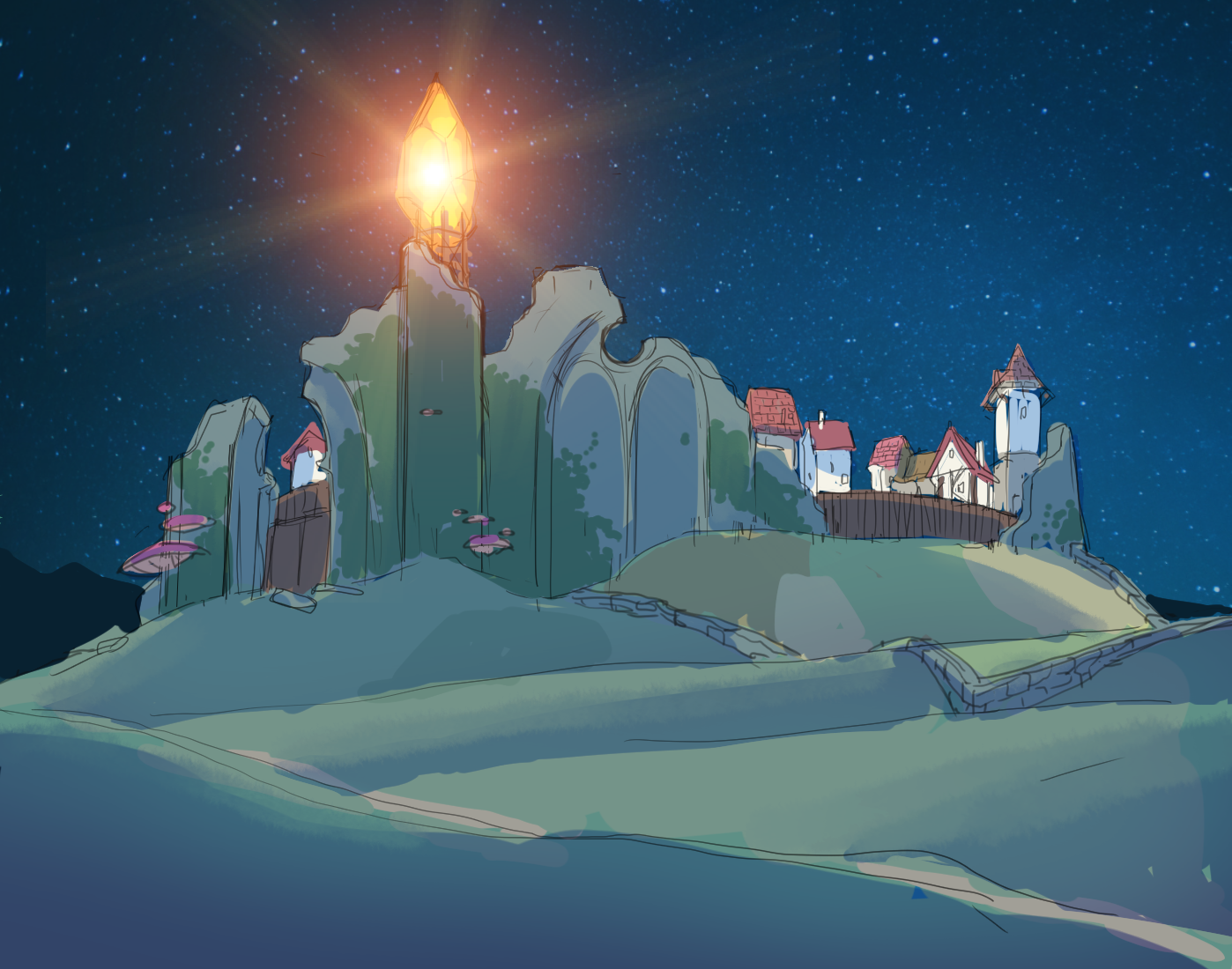 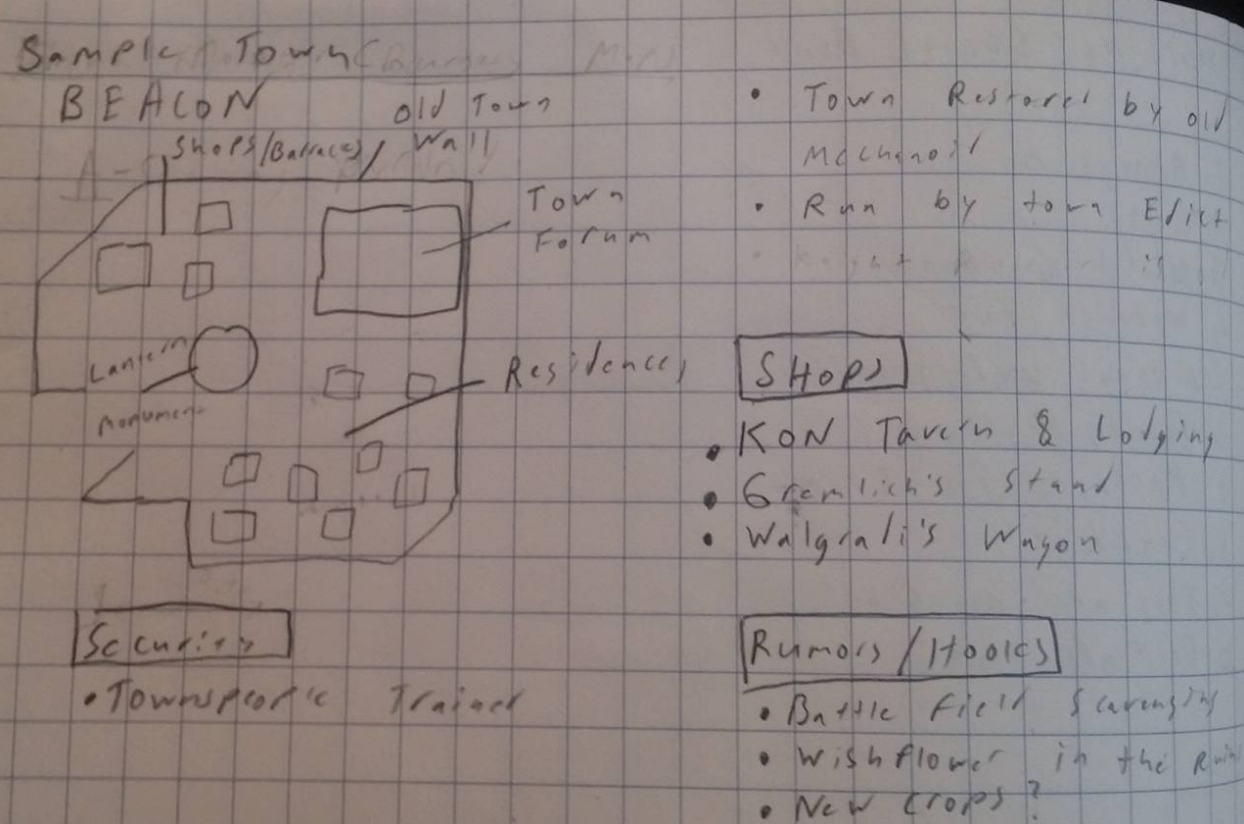 Setting as a gentle plea

With the rules more or less written and ready (I'm at the point with them that I probably won't be changing much unless something goes really crazy during broader playtesting) and Grey continuing his perilous journey through layout land, I've mostly been working on sample maps and the like for the BREAK!!'s standard setting, The Outer World.

I'm doing my best to put a lot of small world-building bits in these samples without making them so overloaded as to become confusing or unusable. In doing so, I've ended up reminding myself of something that is probably pretty obvious to everyone: I am a huge softy, and ultimately I'm hoping for players to be curious, kind, and heroic.

Oddly enough, this is part of the reason the setting has a lot of spots that are figuratively (and in some spots, literally) dark. The Outer World is fraught with perils odd and frightening. The status quo is cruel and often unstable. But these things are not meant to be taken as inescapable truths, they are meant as challenges - things that can be tackled alongside and with the same eagerness as a foreboding dungeon or powerful opponent.

It's certainly not a new idea. Pendragon comes to mind and numerous super hero games have attempted the same sort of thing. I was personally inspired by the excellent Porphyry, World of The Burn. But I truly feel that BREAK!! puts its own unique spin on it, one I'm very eager to share with people.

(I suppose you can still spend your campaign just ransacking old ruins and getting cool stuff, nothing's stopping you, really.)