(An Excerpt from the Character Advancement Section.)

These points are awarded for sessions that you confronted obstacles with force, combat, or intimidation.

These points are awarded for sessions that you avoided trouble via trickery, stealth or deceit.

These points are awarded for sessions where you demonstrated sound reason, skill or cleverness.

These points are awarded for sessions where you solved problems through diplomacy or demonstrated great courage or empathy.

Points in this category are received when the party manages to acquire something of significant value through deliberate action or planning on their part. This doesn’t have to be material wealth; a well guarded secret, rights to a choice piece of land or a deal with a powerful Guild Leader are a few examples of things that could net a point of Crystal Experience.

Star Experience is earned through great deeds that affect something larger than the party itself. These are feats that make people talk and find their way into ballads: finding a safe haven for a group of Shadowed Land Nomads, overthrowing the ruler of a kingdom, or publically thwarting the efforts of some terrible enemy could earn a point of Star Experience.

Shadow Points are earned when the party accomplishes something personally significant or secretive. Returning a lost child to their worried caretakers, getting revenge on the person that killed a character’s parents or following a secretive scheme to fruition are all things that might net a point of Shadow Experience.
Posted by NaldoDrinan at 17:26 2 comments: 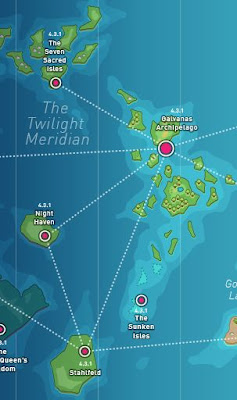 Galvanus Archipelago
Crazy competitive trade empires in the Pacific with a lot of JRPG and Pirates of Dark Water stuff happening too.

The Sunken Isles
An excuse for crazy high-tech underwater dungeons.

Stahlfeld
A lot like NieR, but with a lot of debris from 80's Sci-Fi Anime and Megaman games.
Posted by NaldoDrinan at 19:48 2 comments: 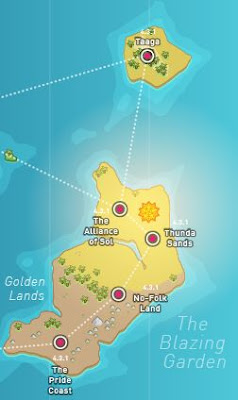 Part One, The Wistful Dark

Taaga
Breath of Fire 4 with a little Jack Kirby and African mythology land.

The Alliance of Sol
Mesoamerican Hyrule: "What if Link got really tired of everyone's nonsense and was getting bad advice from Lady Mum-Ra?"

Thunda Sands
Thundaar the Barbarian and Wild Arms shenanigans with the occasional Kaijuu.

The Pride Coast
The Thunder Cats crash landed on Muskehound territory, displaced them a bit and everyone is still a bit sore about it.
Posted by NaldoDrinan at 07:27 No comments: 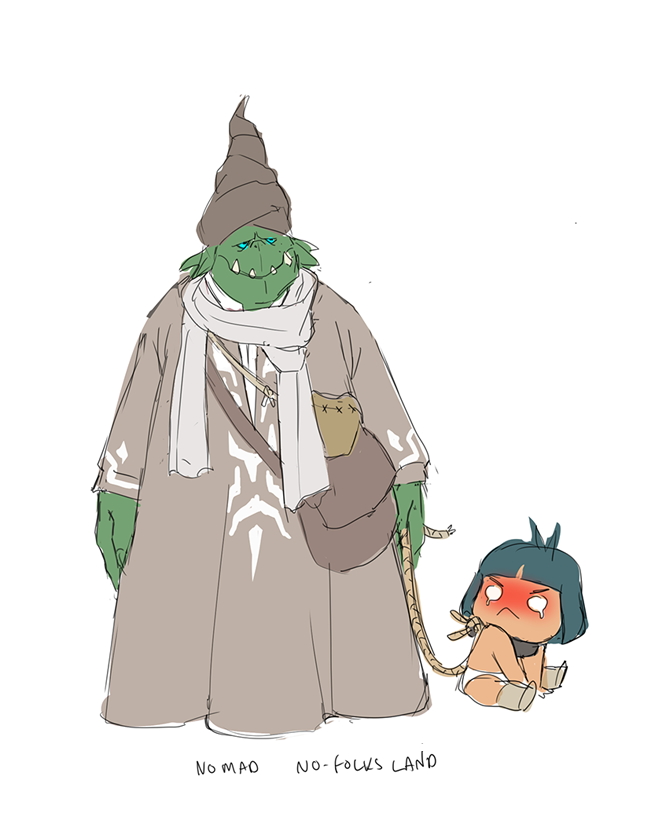 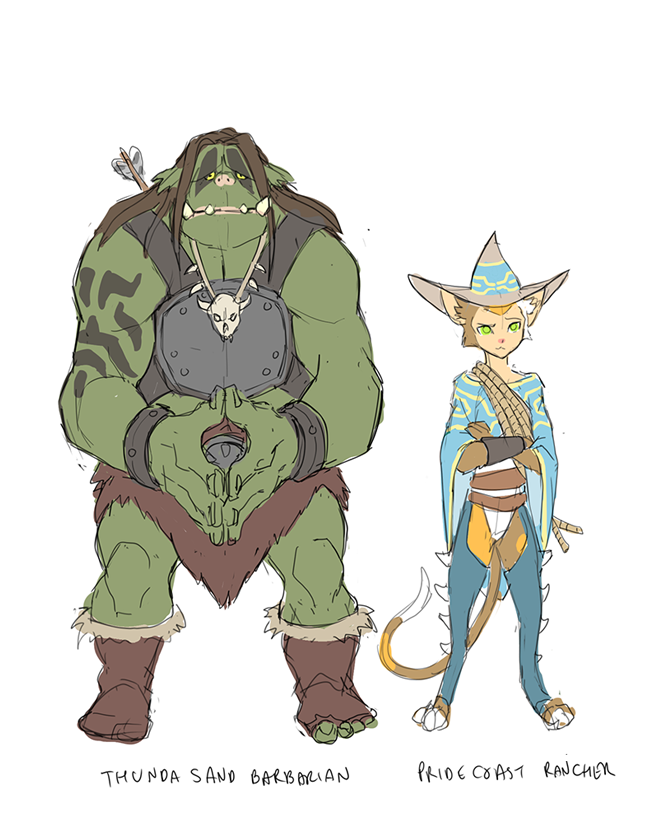 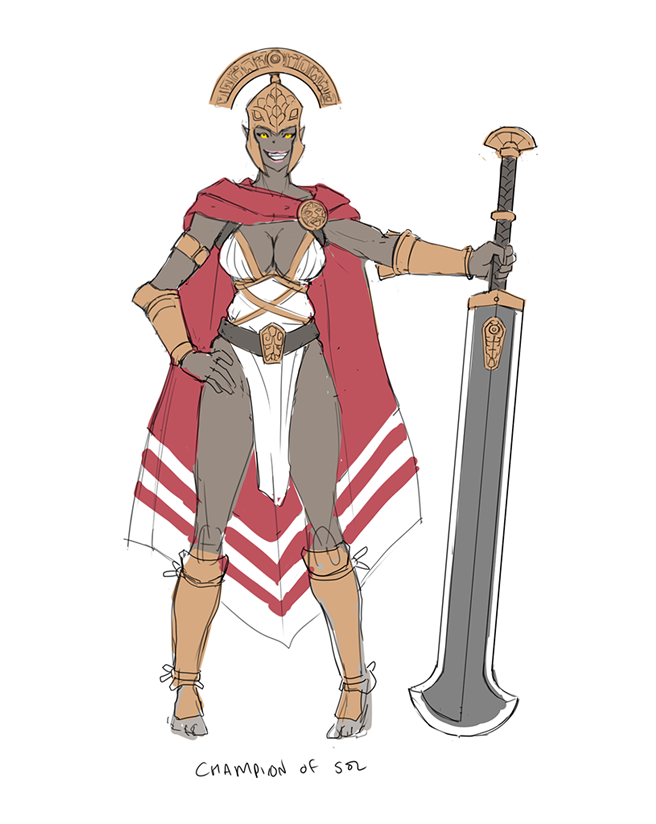 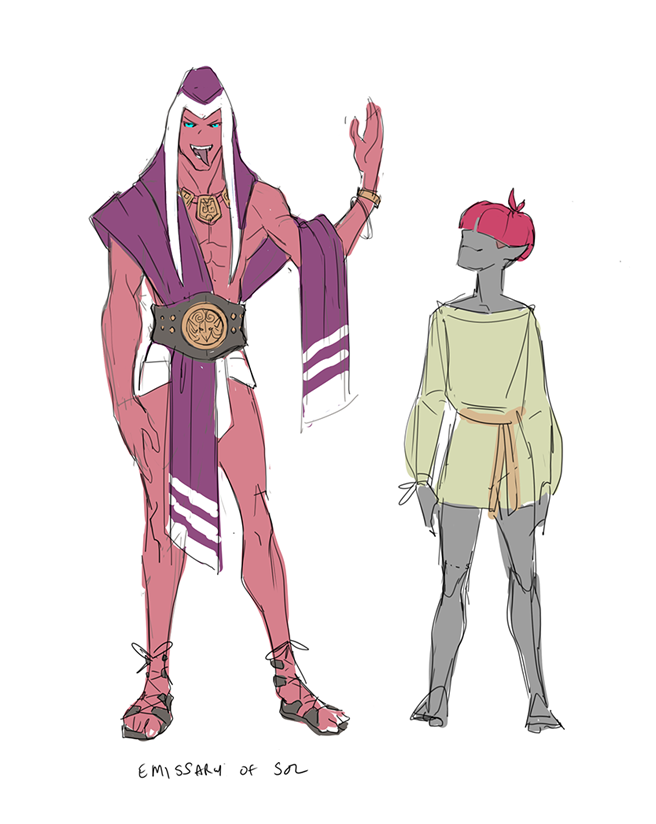 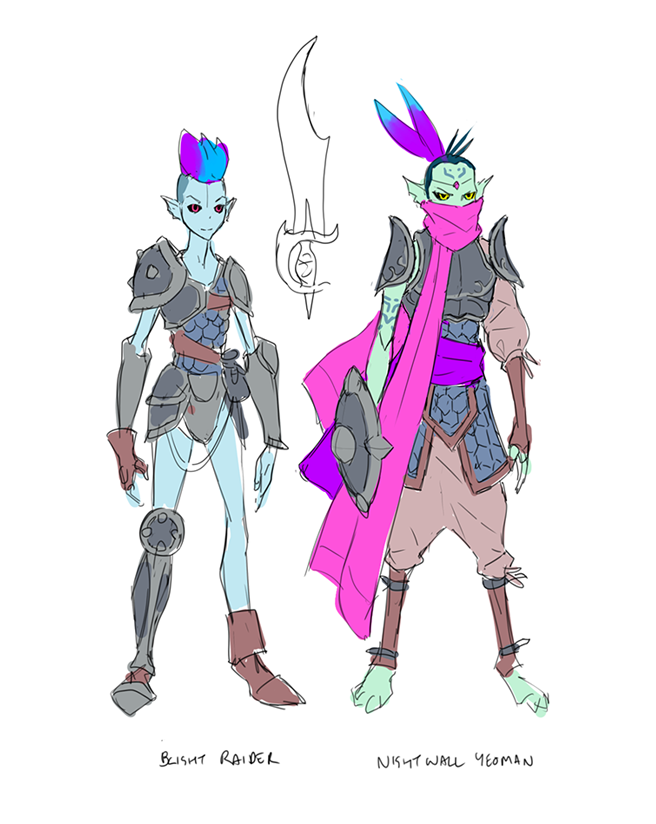 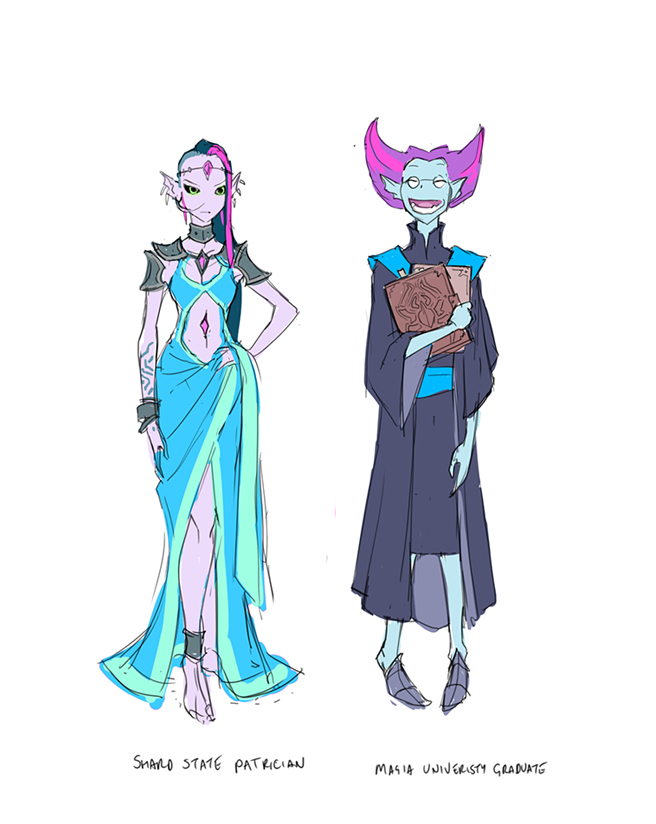 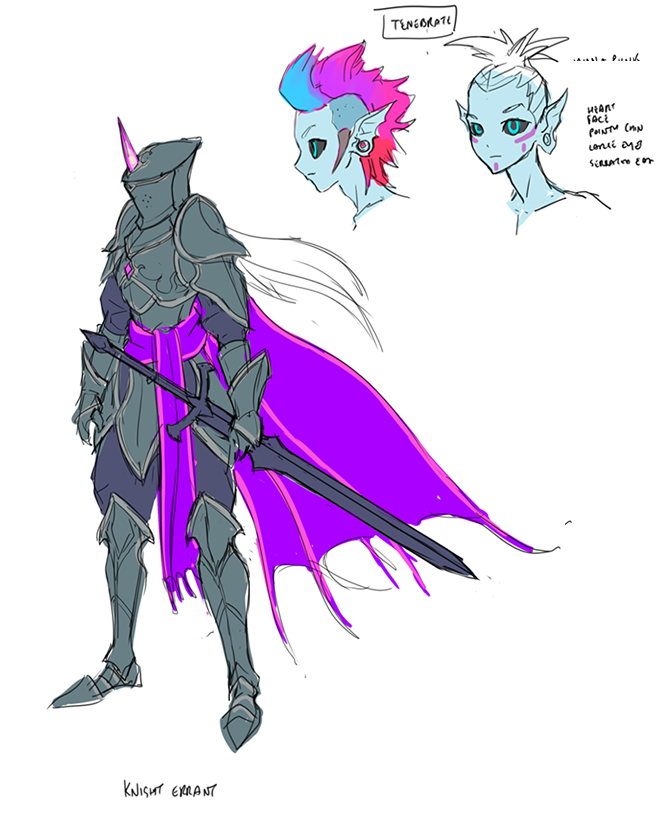 Honest Descriptions of the Outer World, Part One: The Wistful Dark

So in the book proper, the areas of the Outer World are first touched upon (during character creation) and later expanded in a dedicated section on setting.

Grey posted the map WIP and I was tempted to post snippets of that here, but I decided that the blog needed something unique to itself.

So I give you something a bit more blunt, more visceral: Honest Descriptions of The Outer World
(AKA Perpetual JRPG Plotonia) 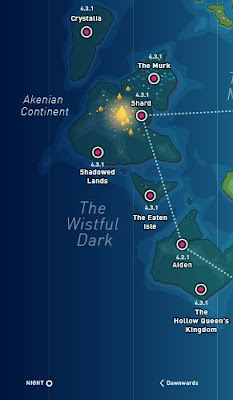 Part One: The Wistful Dark
Literally stuck in the Dark Ages

So Rey provided a sketch of Outer World.
I thought it would be fun to base the land masses on a broken up supercontinent (like Pangea)
Used a hexagon, fractured and jigged so details didn't fall on the page fold.
Still lots to finesse on the last stage (make more naturalist, add cartographic details, etc) 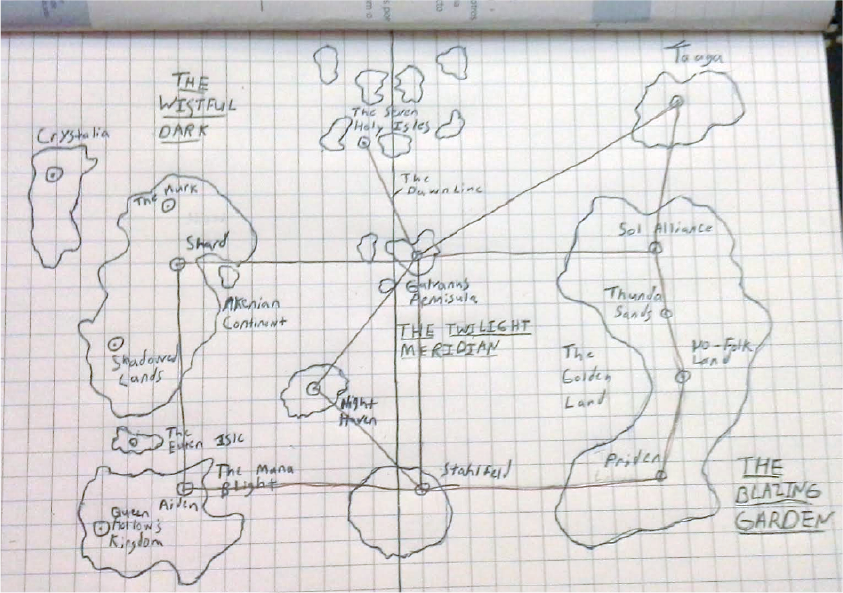 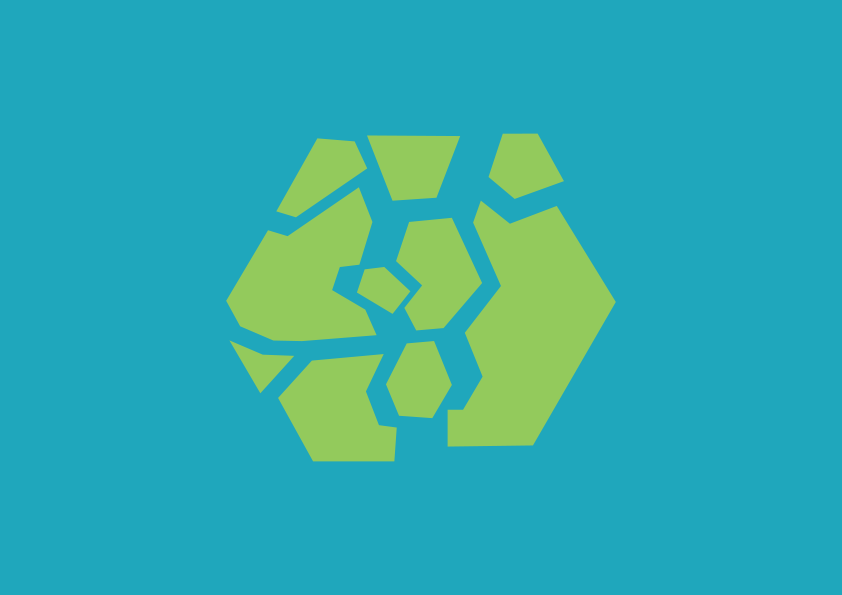 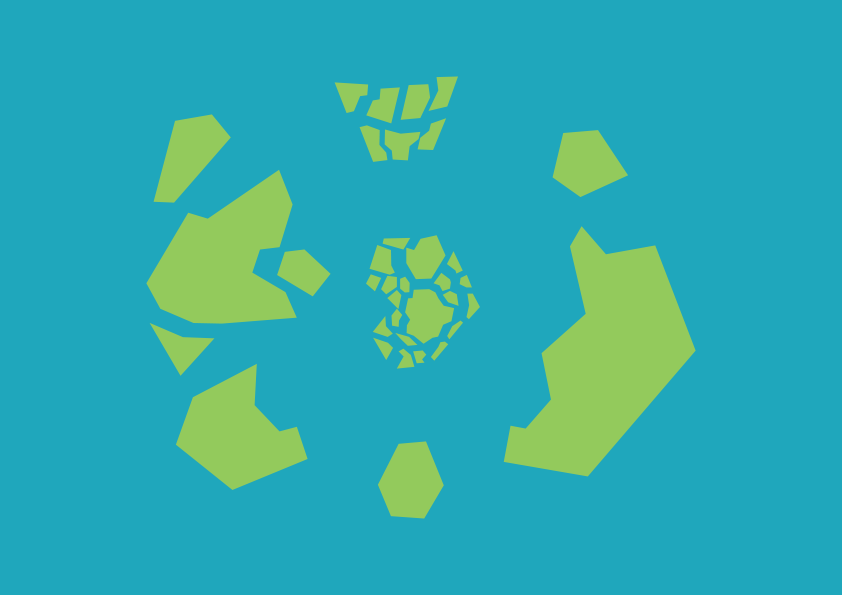 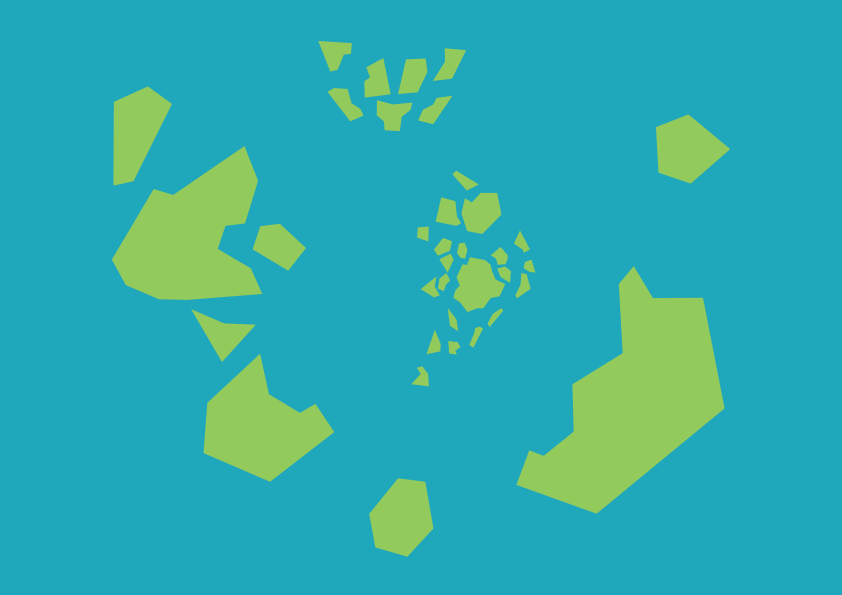 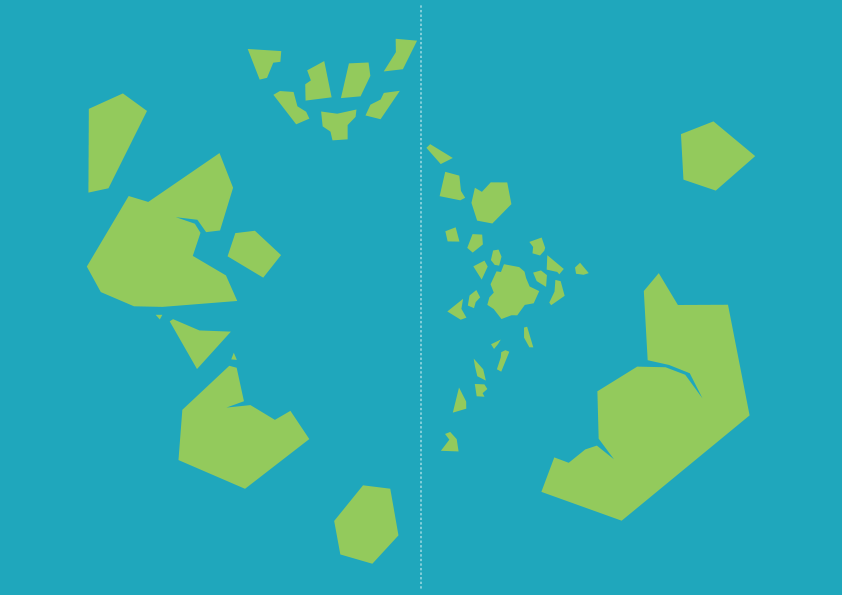 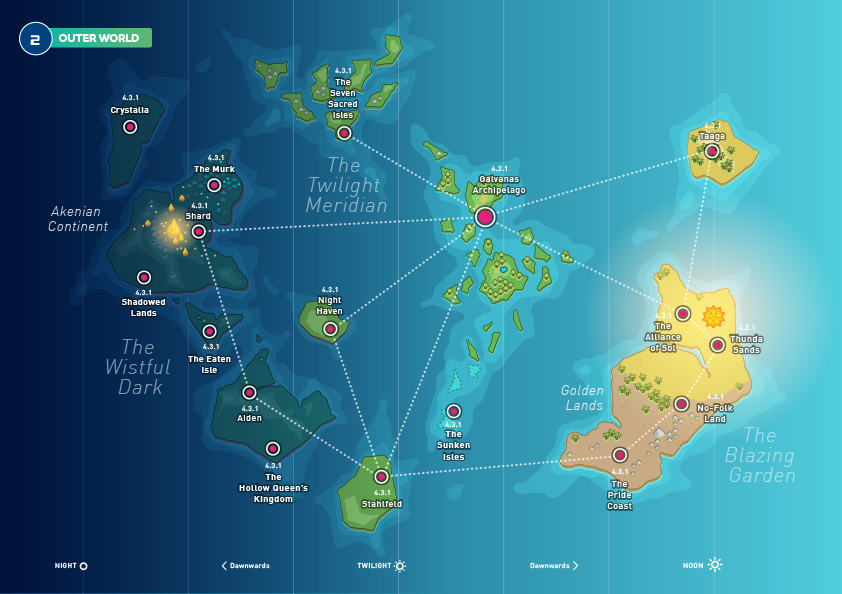 We have started putting the content for the first part of the book (Character generation) into an Indesign file. A major milestone! All effort now is about making this bit of the book real. Previous work was purely conceptual, was are essential for thrashing out design issues, but ultimately the work was disposable.

We have linked Google Doc to Indesign with DocsFlow (which allows us to keep the content in sync, which is great, as there is a bit of flux.  It enables me to edit copy to fit the layouts in Indesign and copy the changes back to Rey's source files.

Hard to tell how long it will all take as we figure out process and tool up, but making it  'real' is definitely bringing some fresh momentum.

Text as it comes in from google docs 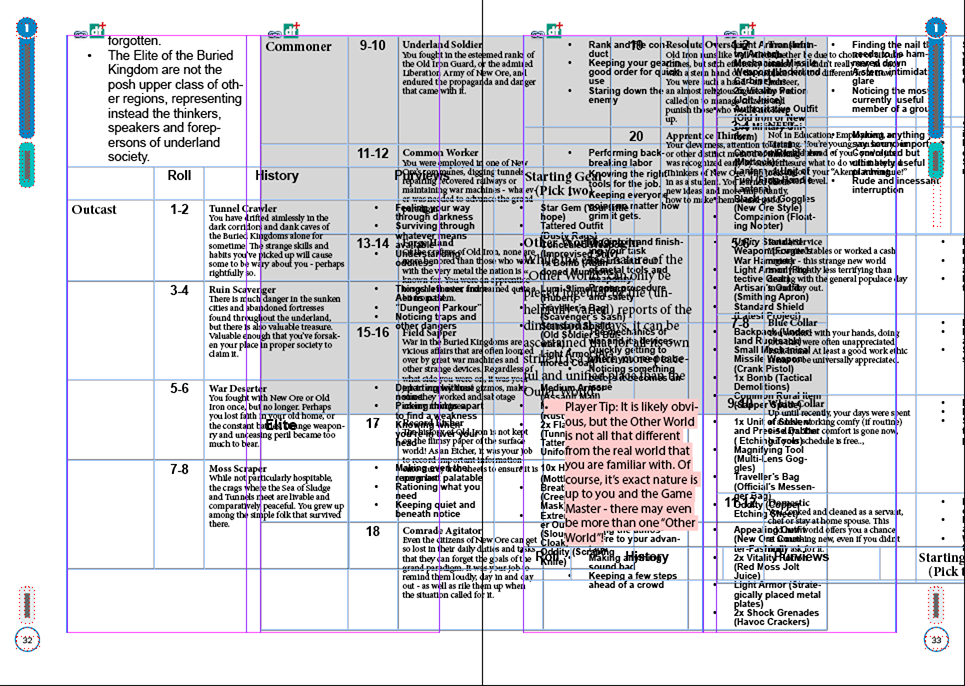 After many hours... it gets formatted (provisional sketches inserted) 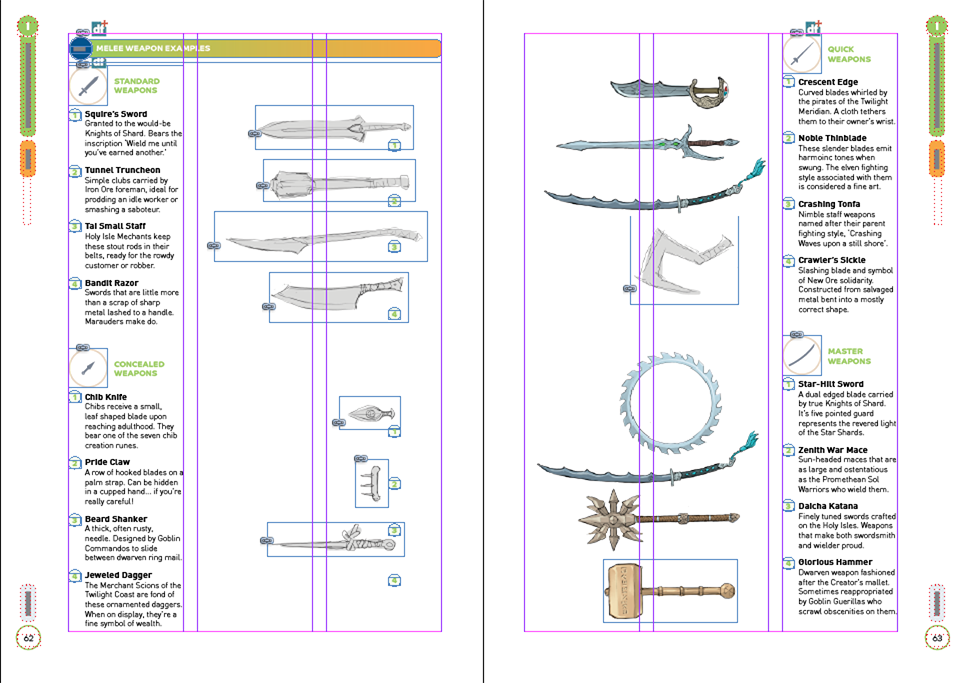 Very nearly there, but still issues to resolve 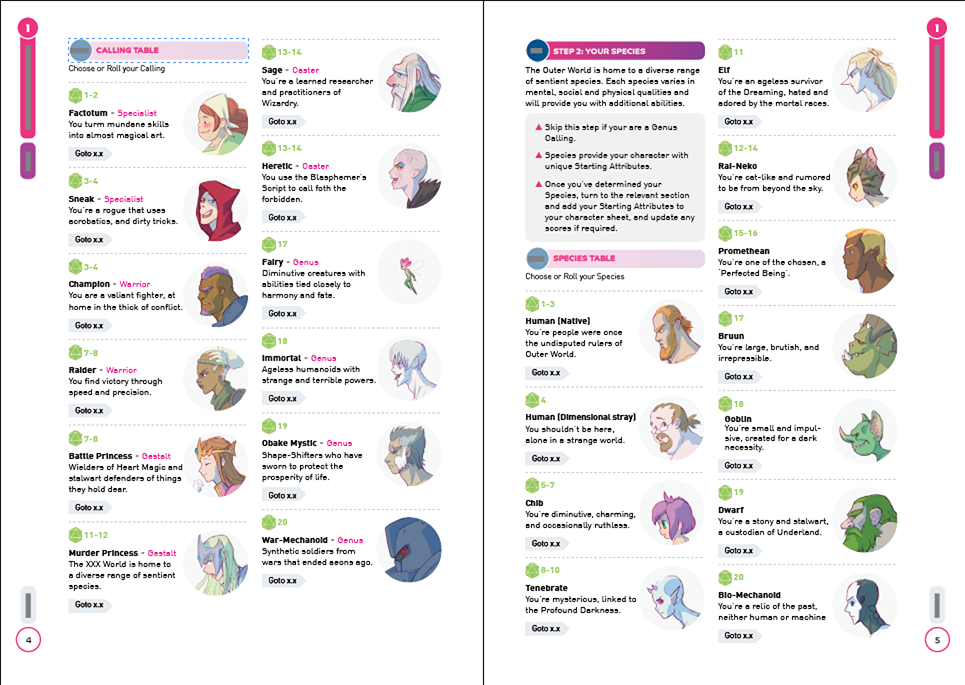 Also quickly sketching placeholder graphics, and 'linking' them to Indesign. 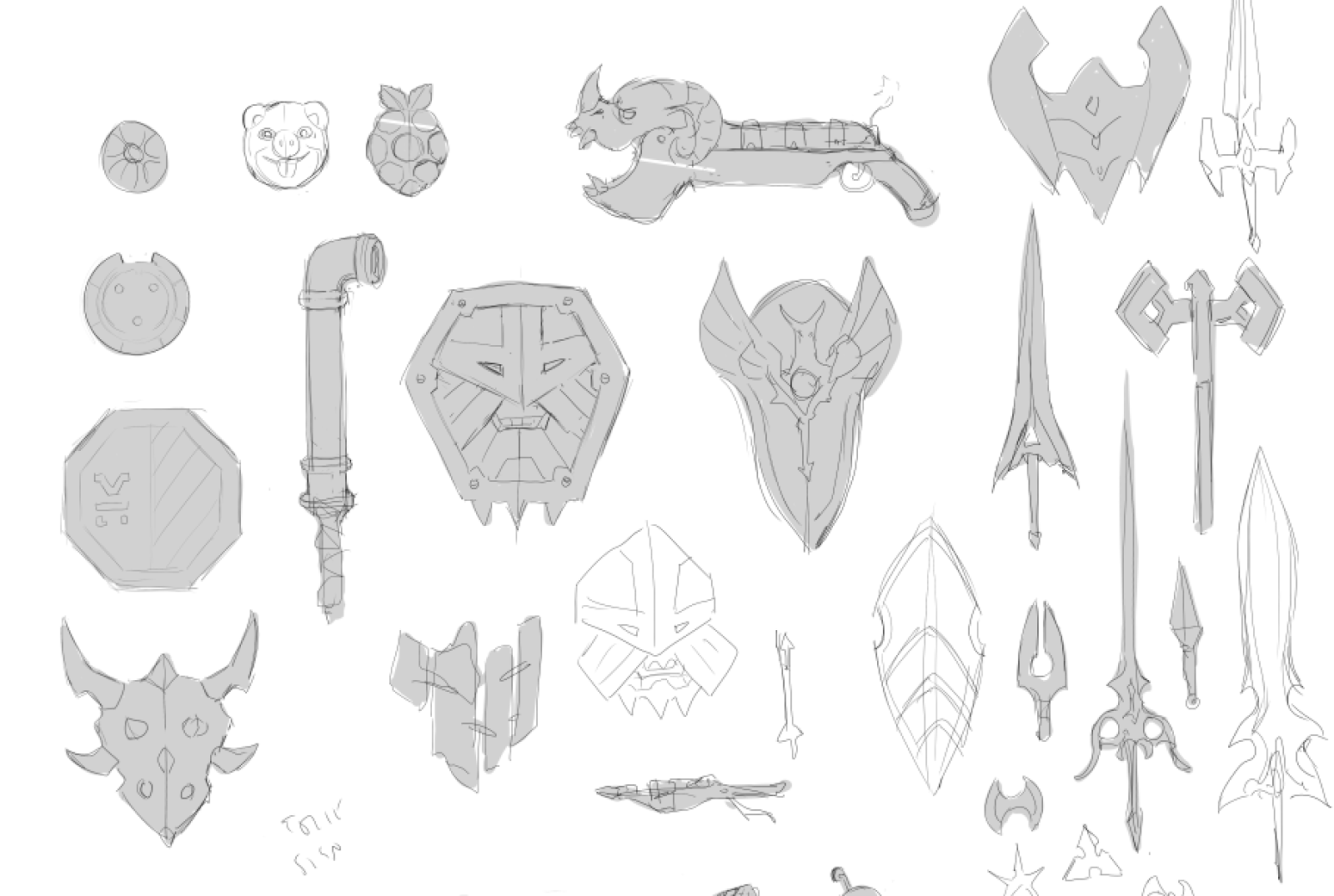 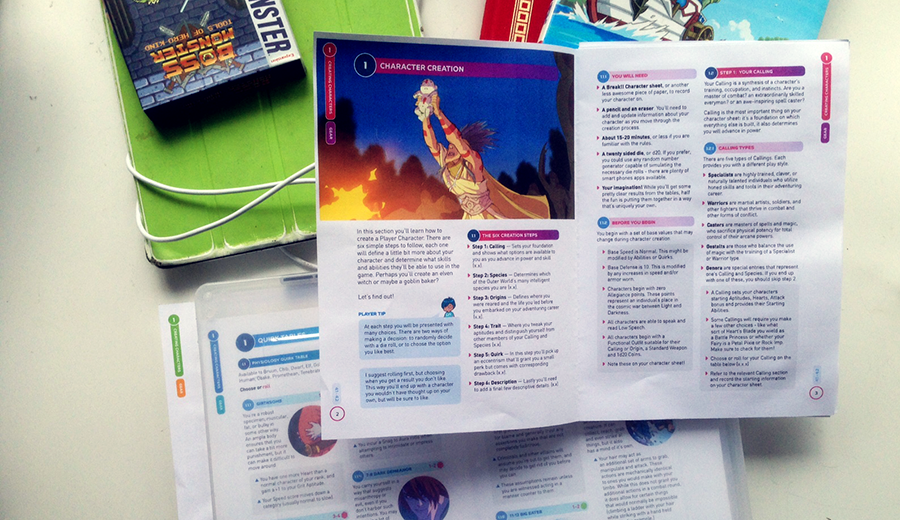