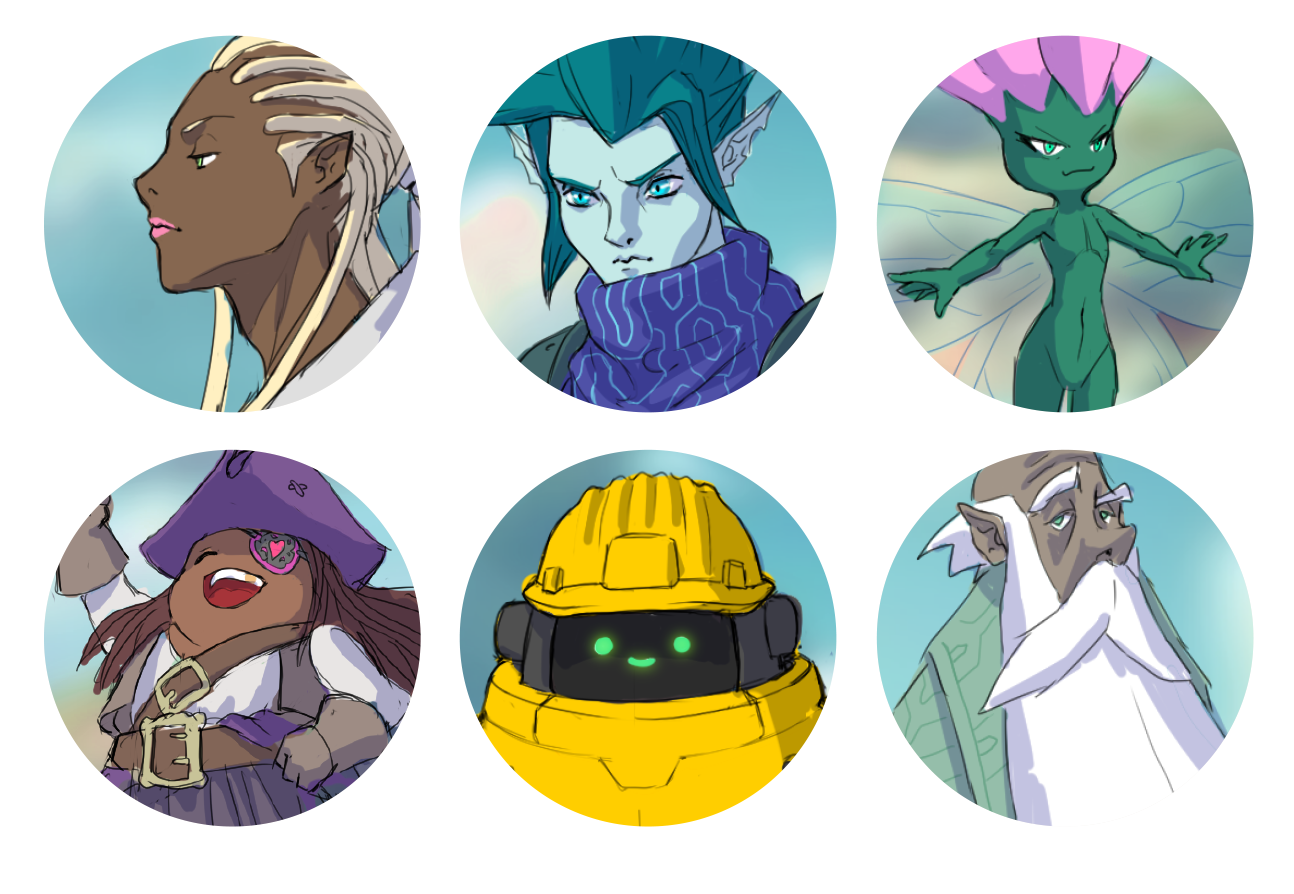 The State of things, and Negotiation Rules

Forgive me for the rambly nature of this post! I just have a few things I want to update everyone one on.

One question we get - a lot - that we can't quite answer is "When will it be ready?"

The unfortunate nature of the thing is that we can't be sure. We almost have a working draft, but then we have play-testing, editing, layout, etc: On top of which Grey and I have the extremely bad habit of giving the other more and more stuff to do.

We are reigning ourselves in a bit, at least. I'd say 6 months is a good guess. Prior to that we'll have a play-test download doc for you all. Of course, time makes fools and liars of us all, so we'll keep this at a cautiously optimistic "maybe".

At the moment we are actually working in tangent on the game's Negotiation system. What's odd is that it's not super long or even that intensive; it's just an important part of the game that has to be easy to grok, quick to use, but still present significant options and application for players. I honestly think we've nailed it, but Grey is the best at ironing out kinks which is kind of what we are doing now.

I'm also working on the Downtime activities for characters. Because it's not quite enough to that your characters can scour ancient ruins and broker deals with dead kings in forgotten tongues, sometimes they need to manage their Rune Bakery side-business.

Hopefully I can show you guys some of that really soon!
Posted by NaldoDrinan at 16:12 No comments:

Gen Con 2015 OR How BREAK!! is not Ryuutama (And that's probably good for both)

So this year was my second Gen Con, and maybe my third or fourth big chance to shamelessly shill BREAK!! to a gaming audience. And shill I did, in the forms of running for Games on Demand. Well, when I could at least - I also ran Ryuutama, a great game that proved to be very popular.

Ryuutama is a lovely game. It is very linear, but in the best way possible - it's straightforward and honest in both theme and mechanics. I was nervous about writing my own scenario since I had never Gm-ed it before, so I used an example one from the website (though I added an encounter with a troublesome NPC styled after a famous green hat wearing video game hero to pad it out).

It focuses on travel and party interaction in a very clever way: The mechanics for daily things like camping, overland movement and even just how you feel in the morning are very procedural, providing players the what while freeing up the why for them to play out to their heart's content. This led to a lot of complaining about Moogle cooking, tone deaf minstrels singing about raspberries and a particularly funny bit where a noble woman told the rest of the party that her refined interpretation of a camp site was simply too advanced for them to appreciate (She had failed her roll pretty miserably).

Very different from what I normally run - but still a lot of fun!

BREAK!! on the other hand, is very focused on location-based adventuring. I am quick to admit that it is structurally close to classic RPGs in that manner, but I don't think that's a bad thing. I think there is enough differences in style, tone, and specific mechanics that I can afford (hell, probably benefit) from a certain amount of familiarity.
Trouble in Sprocket seemed to work well for the groups I ran it for. I was nervous about how the game would handle what was essentially a whodunit style scenario (with a small dungeon attached, because I cannot help myself) but it turned out to be a lot of fun. The setup lead to a lot of choice moments, including:


I was surprised how much each group seemed to pity a particular figure in the adventure. I'm not sure if I made them too sympathetic or if I hit a sweet spot I shouldn't ruin.

Anyway, we plan on having Trouble in Sprocket along with some playtest rules available for you all soon! Then you can let me know if I'm being big-headed about it.

(One of the BREAK!! play-testers was a gentleman who is a member of the Off the Table podcast, though I don't remember which. His Mechanoid Champion voice was inspiring.)
Posted by NaldoDrinan at 19:55 2 comments: