A brief discussion on TRPG settings the other day actually had me feeling a bit at odds with a number of posters involved - in no means a bad way, as exchanges were pleasant and of the "this is my preference" variety rather than the "this is the absolute truth" you see so often in hobbyist debate - but still, I was much more invested in things than I normally am, especially since it revolved around The Outer World, BREAK!!'s standard setting.

A significant number of people expressed desire of a fully (or at least well detailed) area being more useful than a more zoomed out view of the world. There are a number of good reasons for this thinking, and I believe it is a reasonable and worthwhile viewpoint.

In contrast however, The BREAK!! rulebook provides a sort of broad overview of The Outer World, each known realm is covered more or less equally and the numerous factions and odd geography is outlined.

There are two big reasons for this (beyond my own stubbornness):
However, as a compromise there is a small region that is presented afterwards as a sample map. This area includes numerous adventuring sites, settlements, hooks and a random encounter chart (with monster stats, even!). The hope is that this provides a place that can be used right off the bat, but also gives people a chance to see how to take the world and themes provided by the book and make it into something game-able.

I do worry this might undermine my previous reasons just a bit, but I can't deny it's utility. My hope is providing it as a sample of what you can do (rather than as a definitive) will let me have my cake and eat it too.

(As always, I thank poor Grey for indulging me with this; I always end up making more work for him!)
Posted by NaldoDrinan at 19:12 3 comments:

I still can't judge a drawing on a screen, issues become more apparent on printed page. 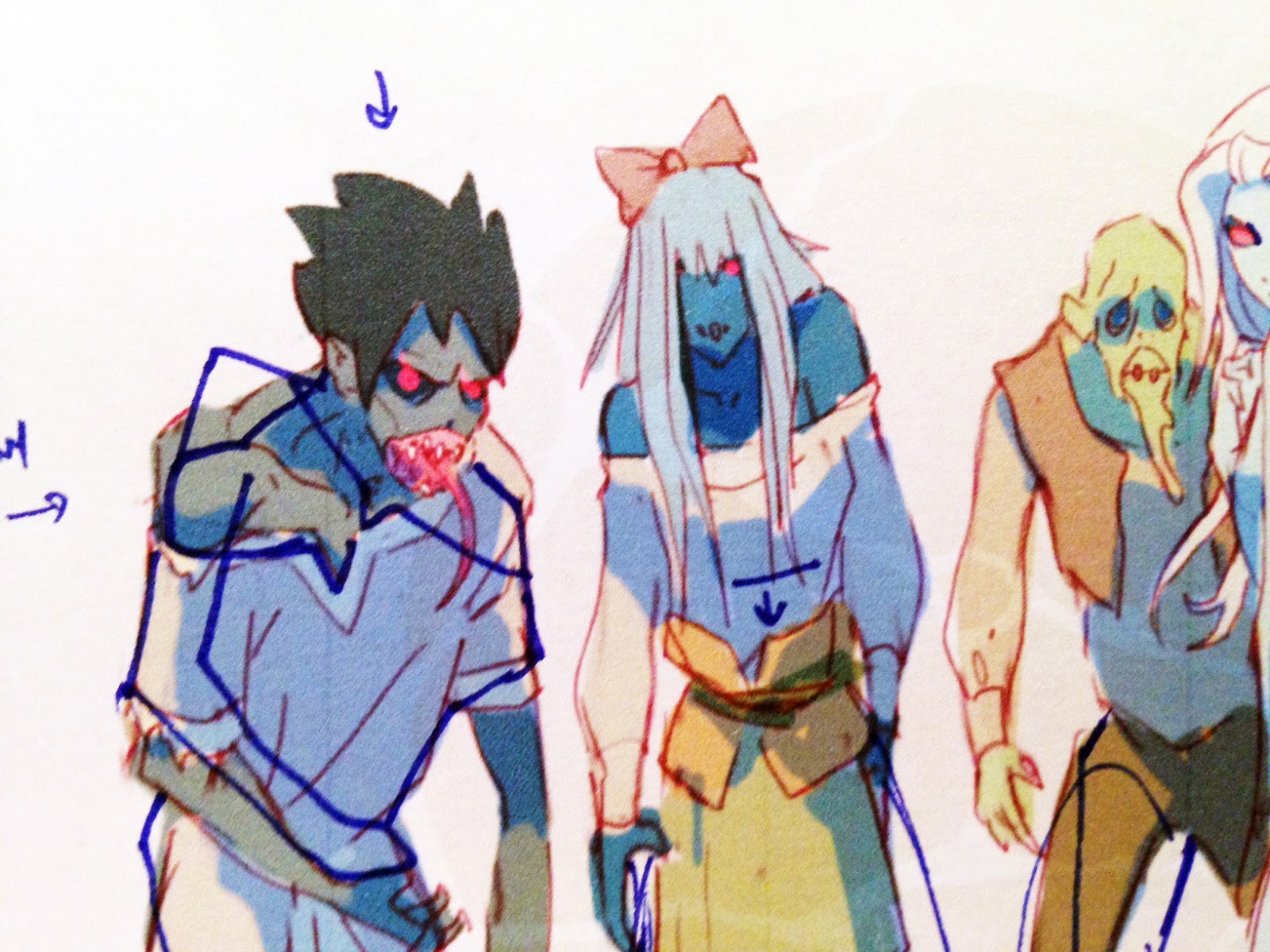 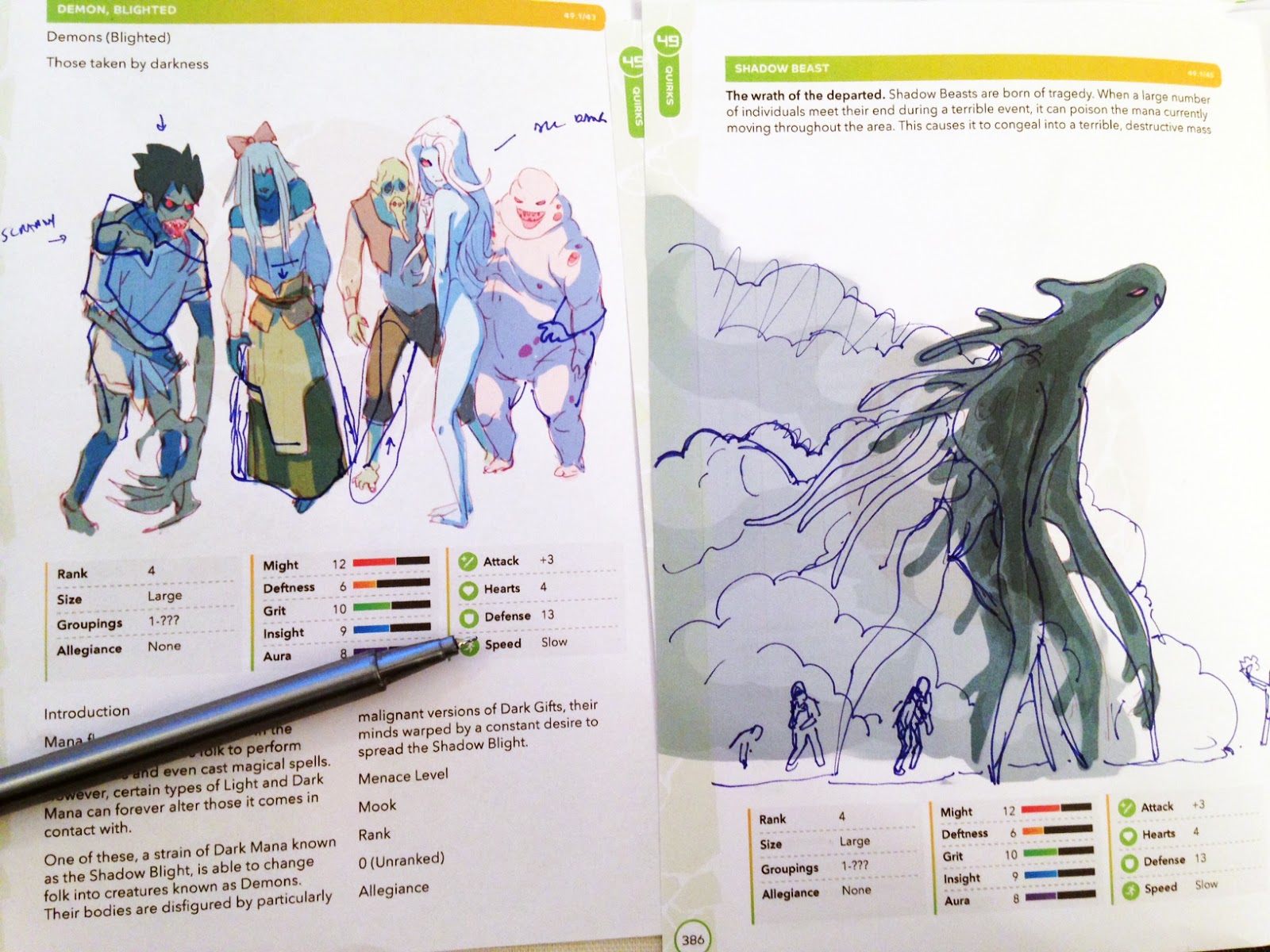 Toying with idea of a few panels to communicate the core experience of interacting with monster/adversary. 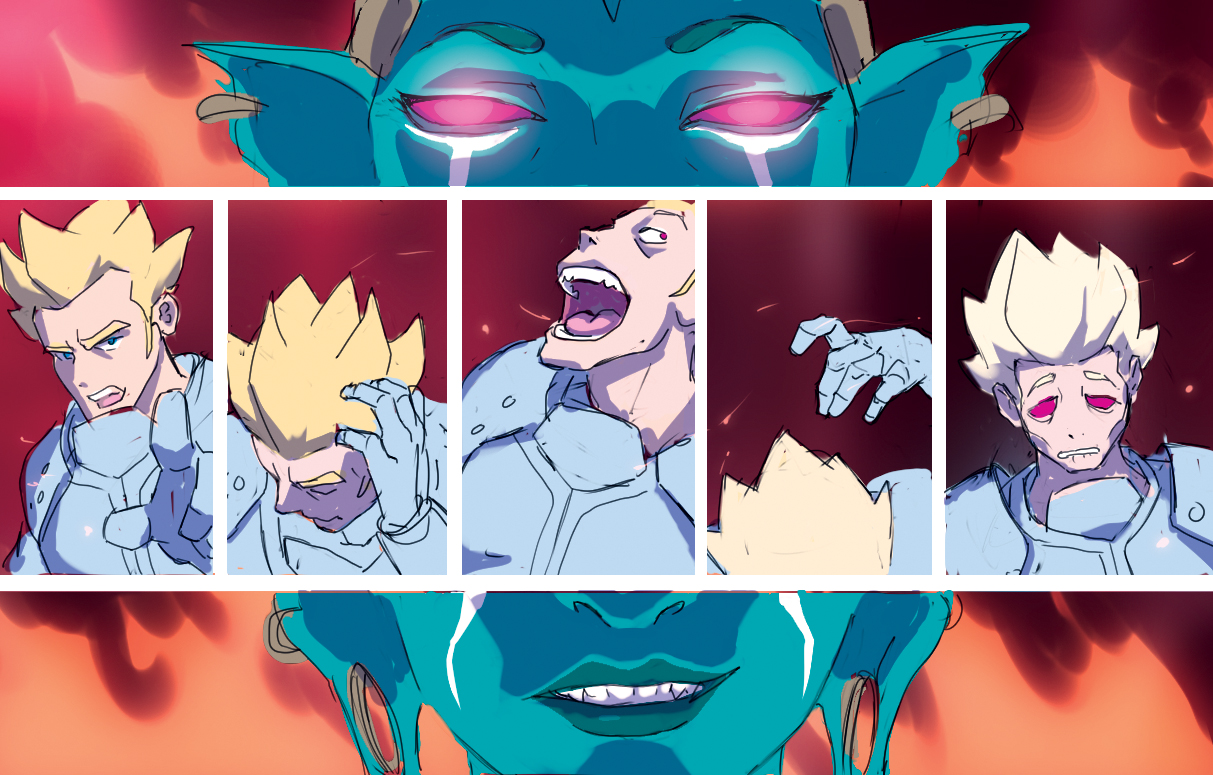